A message for the defense of the sea 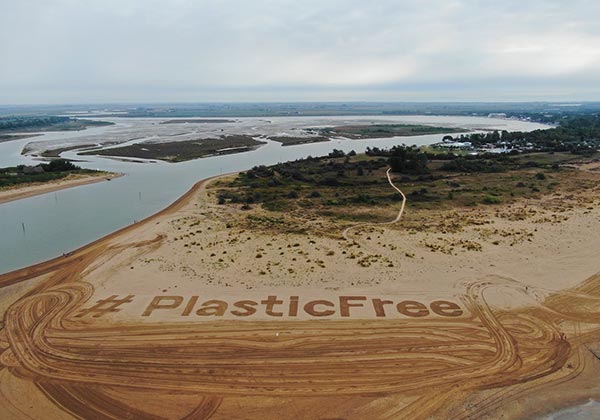 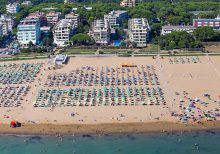 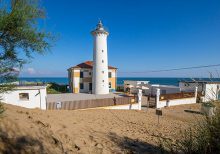 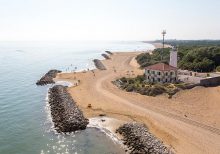 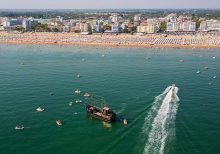 There is no better time than the summer’s key day to send a message for the defense of the sea to all tourists. On 15th August we transform fun into an awareness that the environment is an asset to defend every day with responsible behavior.

What will happen in Bibione #PlasticFree on the day of 15th August.

The entire coast of Bibione will involve tourists in a global message of respect for the environment, sea in the first place, considering that every year 8 million tons of plastic end up in the oceans, putting the survival of marine species at serious risk.

From 10 to 11 a.m. the Coast Guard and Asvo, the company that manages the environmental services in the town, in the Piazzale Zenith tensile structure will hold a popular conference on the environment in the context of the #PlasticFreeGC project.

At the same time, a giant #PlasticFree slogan on the sand, measuring 2200 square meters, will be built in the west area of ​​the resort at the lagoon.

In the central area, at Piazzale Zenith, at 11.30, the same slogan will be composed, but this time thanks to the simultaneous opening of hundreds of umbrellas that will occupy an area of ​​4 thousand square meters for three minutes.

In the eastern part, at the suggestive lighthouse, #PlasticFree will camp in the Bibione sky through a 20 square meter banner visible from above, from the sea and obviously also from tourists. Two upward parachutes will support the slogan with as many large supports 16 meters.

At 11.33 all Bibione guests will be called upon to take a collective plunge to openly confirm their commitment to a more protected sea. A real flash mob to show that the environment is a value for everyone and for everyone.

The exhibition in Portogruaro

Waiting for the night show

The most anticipated event comes back in Bibione