Cycling through an area at a leisurely pace is unquestionably the best option if you want to get to know the people and places all around you and enjoy the marvels of the natural environment. Riding a bike is one of the most wonderful ways to explore the unique delights of Eastern Veneto. Here are five unmissable bicycle touring routes in Eastern Veneto.

Riding around Jesolo and the lagoon

If you’re a fan of bicycle touring routes in Eastern Veneto, you’ll almost certainly be familiar with Jesolo and its lagoon to the North of Venice, where you’ll find Lio Piccolo, Lio Maggior and Le Mesole. If you’ve never visited, then you’re in for a treat! This is a flat 40 km route to follow on bikes and boats through the Northern Lagoon, which is a UNESCO World Heritage Site. From Jesolo, head towards Cavallino-Treporti on the picturesque Casson cycle path, which runs alongside the canal of the same name to the central square in Cavallino. From there, continue to the church of the Santissima Trinità in Treporti’s beautiful square, which is the halfway point of the route. 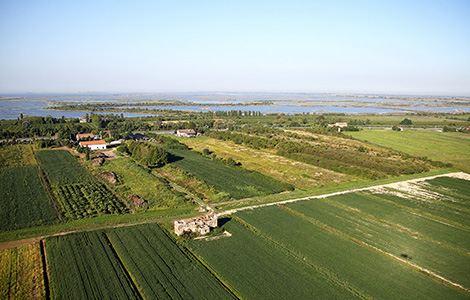 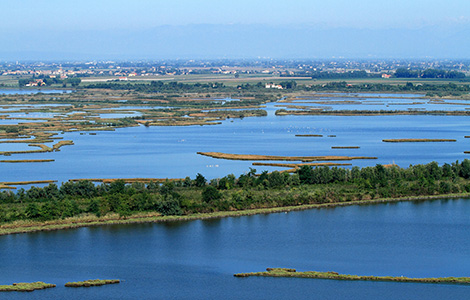 On this first bicycle touring route in Eastern Veneto, the aroma of seafood drifts gently out of restaurants as you cruise through little rural villages on a road that almost seems to float in the surrounding lagoon. Lio Piccolo is an old village where you’ll find a handful of houses, a bell tower, the little church of Santa Maria della Neve, and Palazzo Boldù. When you get there, head to the Notturno jetty and take the boat to Lio Maggior across the water. Take Via Lio Maggior, which is a dirt track running alongside the Caligo canal on the left. Follow it for approximately 8 km, until you come to the asphalt road that will take you back to Jesolo.

The greenway runs on the banks of the Sile River from Treviso to the Caigo tower near Jesolo. The cycle path ends there and it is necessary to follow ordinary roads for 4 km until you reach Jesolo town centre. From there, you can follow urban cycle paths and quiet roads to Lido di Jesolo and Cavallino. The route is approximately 52 km long. It winds its way through the Sile regional park and around the edge of the Venetian Lagoon, in hugely significant natural surroundings. As you follow the river, you’ll come across numerous Veneto villas and traces of water-based human activities, from watermills and factories in the Treviso suburbs to a “boat graveyard” where traditional vessels known as “Burci” have been abandoned in Casier (near Treviso) and derelict farmsteads in reclaimed land by the Sile. 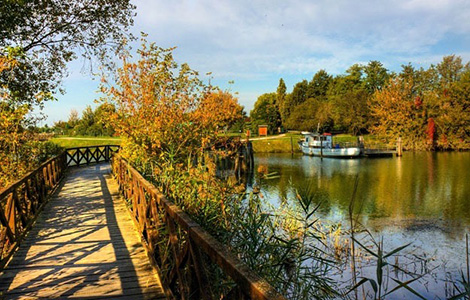 One of the most interesting bicycle touring routes in Eastern Veneto in terms of the landscape and natural environment follows the Livenza River upstream from the centre of Caorle. It covers approximately 24 km and most of the time you’ll be on asphalt roads with little traffic, enjoying the sight of the blue skies and farmers’ fields in picturesque rural surroundings. When you get to Ca’ Corniani, you might like to take a short detour to see the old farming village that was once home to the peasants who worked on the estate. People still live in the village today and there is a renowned winery of the same name that organizes lunches and wine tasting sessions. Take a little time out on either the way out or the way back to have a quick look around the village, or treat yourself to a longer stay there and visit the winery.

Proceed along the bank of the Livenza River, after which this bicycle touring route in Eastern Veneto is named. Climb up onto the dam and ride to Ca’ Cottoni, through the centre of the little hamlet and then along the bank of the Livenza Morta Canal. As you are heading back towards Caorle, enjoy the sight of the large fields and the white clouds reflected in the canals of the rural Eastern Veneto landscape. 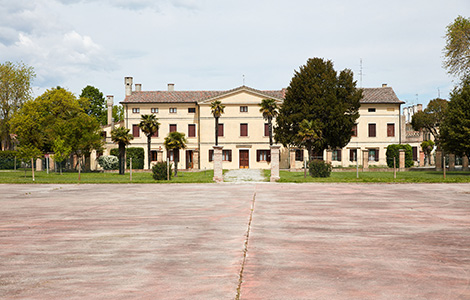 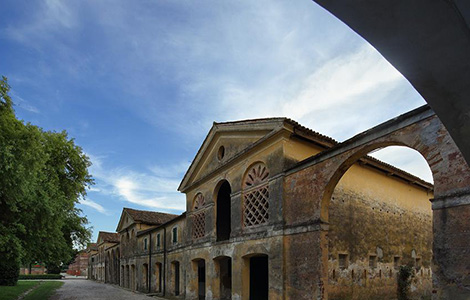 The beautiful Vallevecchia conservation area is located on the Adriatic Coast between Caorle and Bibione. All sorts of migratory birds and wild animals can be spotted in the protected natural environment, which spans 900 hectares and includes an unspoilt beach. A very pleasant 15 km cycling trail winds its way through the area.

Following a circular route that skirts pine woods, fields and wetlands, it starts in a car park and can be followed on foot, bike or horseback. In the car park, turn right and take the dirt road that runs parallel to the coast. On the left, you’ll see thick pine woods. The area on the plain to the right is mostly covered with thickets, with fields and extensive farmland behind them. After approximately 3 km, you’ll come to a fork in the road: if you go straight on, you’ll come to Vallevecchia point. On the other side is a canal that separates the conservation area from Falconera Harbour (where you can see traditional fishermen’s homes known as “casoni” on an island) and Caorle.

As you proceed along the main circular route, you’ll come to viewpoints where you can stop to admire the surrounding landscape and the local flora and fauna. Continue as far as the Baseleghe canal and follow it until just before it reaches the sea, then cross the little bridge and head back towards the Vallevecchia Environment Museum and business centre. 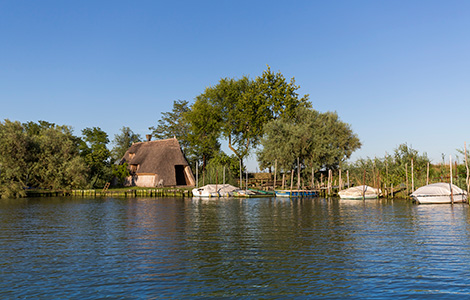 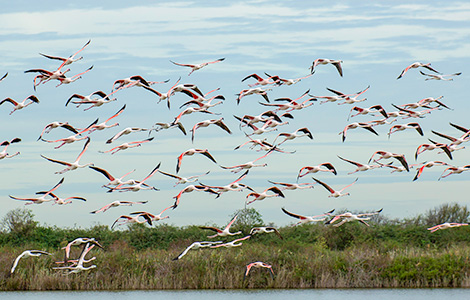 From Portogruaro to Cordovado: resurgences, mills and abbeys.

If you’re looking for bicycle touring routes in Eastern Veneto, don’t miss out on this 36 km ride from Portogruaro to Cordovado and back, past breathtaking natural spots and historic towns. It starts in the town square in Portogruaro, where you can savour the sight of two old watermills on the Lemene River and the enchanting façade of the town hall.

From Portogruaro, follow the Lemene River (there are a number of stretches of cycle paths on the bank) to Concordia Sagittaria, which is famous for its Roman archaeological sites. From Concordia, head to Summaga and its Benedictine Abbey. Next, take the long, straight dirt track on the bank of the Reghena River to Cinto Caomaggiore. There are some magnificent views of the countryside on the way. If you have time, go for a look around the Cinto Lakes conservation area. The next place on your route is the fortified town of Sesto al Reghena, which is home to a stunning frescoed tower/gate and the beautiful Abbey of Santa Maria in Sylvis, where you can find frescoes by Giotto. Continue along the route to Cordovado, which was famously mentioned in Nievo’s novel “Confessions of an Italian”. On the way back, make sure you stop off to see the Boldara conservation area and watermill. You can decide whether to take the minor roads to Portovecchio or the shorter route back to Portogruaro on the main road. 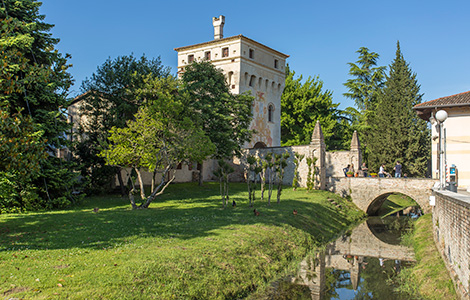 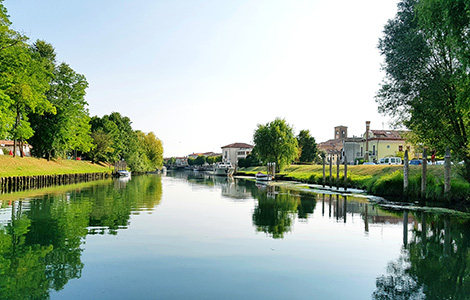 The Exhibition from Russolo to bergamo artworks

The most impressive run of Jesolo is coming back