Fishing in Bibione and Jesolo

Bibione and Jesolo are the places to be for all fishing enthusiasts, especially if they want to take part in surfcasting competitions. The biggest ones are held from mid-September to October.

The events take place on the beach near Piazzale Zenith in Bibione and Piazza Marconi in Jesolo. At that time of year, big waves and storms dislodge little molluscs and crustaceans. In addition – and most importantly – large numbers of fish come close to the shore. 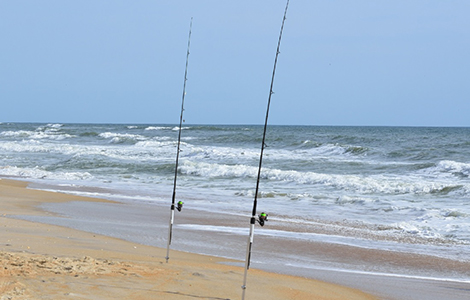 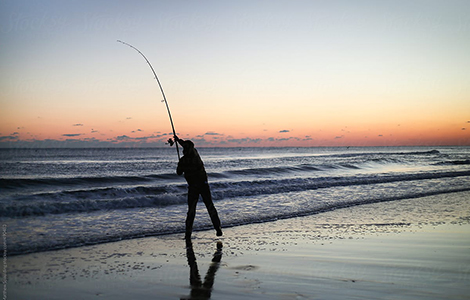 Surfcasting is a type of recreational fishing that is done on beaches using sturdy rods with the capacity to cast bait and weights considerable distances from the shore. Its origins lie in the Atlantic Ocean and in Italy it is considered a competitive sport under the jurisdiction of the Italian Federation of Recreational Fishing and Underwater Activities (FIPSAS), with a season that lasts from October to April.

It is a great chance to combine the joys of fishing and spending time on the beach in autumn!

As well as in the sea, you can also fish in the Tagliamento River, near the mouth where it meets the sea, or in the canals. Alternatively, there is the Sile River, which flows through Jesolo town centre and into the Adriatic near Jesolo lighthouse. Please note that the entire length of the river before the mouth is considered inland water, so it’s necessary to buy a fishing licence. In the mouth, you are considered to be fishing in the sea, so it’s free. Our rivers are ideal if you like trout or carp fishing, but you can also find lots of other types of fish in the area.

Various approaches can be taken, from deep sea fishing to surfcasting.

The Exhibition from Russolo to bergamo artworks

The most impressive run of Jesolo is coming back