Mysteries and legends of our beaches

Summer might be over, but we’ll still be here to keep you company in the autumn. Halloween is just around the corner, so we’d like to tell you about some of the mysteries and legends from our local area.

The miracle of Our Lady of the Angels in Caorle

The story starts with fishermen heading out to sea just as they did every night. This time though, something strange happened: they saw a light on the horizon and they realized that it was coming from a shining statue of the Virgin Mary that was floating in the water, miraculously standing on a marble base. The fishermen took the statue ashore and all of the people of Caorle rushed down to the beach to see it. They were overjoyed and there was a celebratory atmosphere in the air as they decided to take the statue up to the town’s cathedral, but the sturdy fishermen soon found that it wouldn’t move a millimetre on dry land no matter how hard they tried. Therefore, the bishop asked some children to move it. Thanks to their innocence and purity, they managed to lift it up and take it to the cathedral. However, the next day the people of the town realized that the statue had disappeared. They all went down to the beach to look for it and they eventually discovered that it had mysteriously moved to the church on the seafront. The church was renamed the Sanctuary of the Madonna dell’Angelo (Our Lady of the Angels) and it’s where the statue of the Madonna and Child has remained ever since. 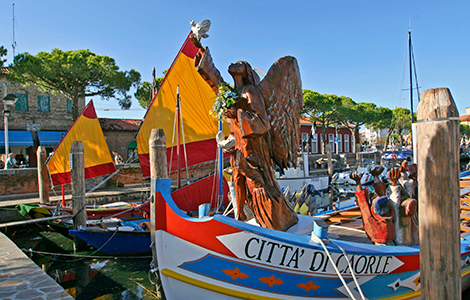 The dragon in the Jesolo wetlands

There are fishing and hunting grounds near Jesolo that are known as the Drago Wetlands. Legend has it that this is because a huge dragon once lived there. It had a face like a horse, a back like a dinosaur, wings like a bat and a long tail with a sharp point at the end like a spear. The dragon would suddenly appear in places near its lair, terrifying the people and burning their crops. The frightened, desperate locals turned to Saint John for help. He miraculously drove the dragon away and saved them all. In actual fact, it’s thought that the name of the wetlands comes from the local term “Trar” or “Tragar”. It means “Hunt” and it seems fitting because the land and water in the area are teeming with wildlife. 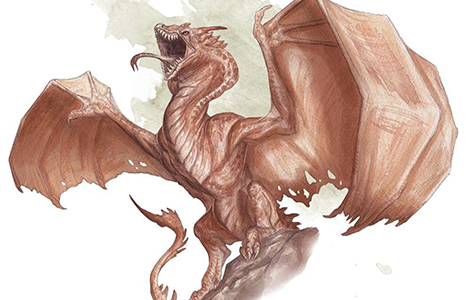 Some people believe that Attila the Hun’s treasure lies buried near Mutteron dei Frati, in Bibione’s Val Grande natural park. After he defeated the Romans in Aquileia, it’s said that he headed towards the Tagliamento area. The people of San Michele tenaciously and valiantly stood their ground, using their exceptional archery skills to defend themselves. Consequently, after he had subdued them, Attila spared them and called them “my children”. What’s more, he chose one of the sand dunes in the area as the hiding place for his treasure… which is yet to be found! 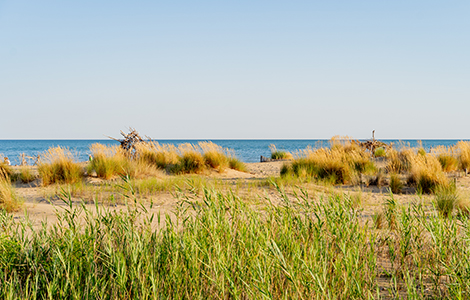 According to an old legend, many years ago there was a fisherman called Nicolò who lived on Burano. His good looks and kind nature made him the most sought-after bachelor on the island. All of the girls yearned to win his heart, but he only had eyes for his fiancée Maria. Just a few days before he was due to get married, Nicolò was fishing out at sea when he heard a spellbinding song… He soon saw that his boat was surrounded by beautiful women, who were swimming in the water: they were mermaids. Nicolò resisted their charms and immediately pictured Maria in his mind. The mermaids were astounded by Nicolò’s love for his fiancée and handed him a magnificent piece of embroidery created from sea foam to pass on to her, saying that she would “know what to do with it”. Nicolò gave it to his bride on their wedding day. Maria was extremely proud of her breathtaking lace and she set about recreating it before it fell apart, so that it would last forever… And that’s how we got Burano lace!

Have you enjoyed these stories about the mysteries of Eastern Veneto? Come and see the locations from the legends for yourself! 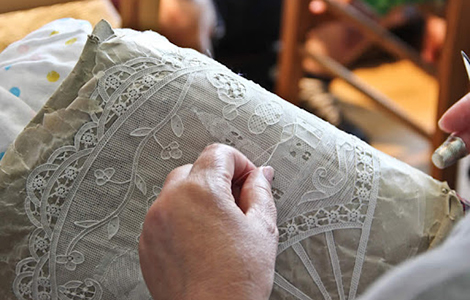 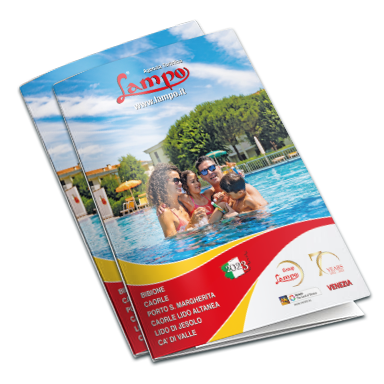